For this advertisement project, I was paired with two classmates to create a campaign for Fitbit. Fitbit creates watches that measure different aspects of ones health. Fitbit is there to make anyone's life a healthy life and you can find all of the helpful information in the watch. To play off of a sports phrase, we decided to use "It's all in the wrist" to draw the viewer in with a fun and witty headline.
A large part of Fitbit's character is that they are useful in every lifestyle no matter how active someone is. Our print advertisements illustrate how Fitbit fits all lifestyles by utilizing three different photos of people in different ways of life wearing a Fitbit. Each ad is geared toward a different gender to push the idea of one person, multiple lifestyles theme. The copy on each add reflects that Fitbit is there for them no matter where they are. For the outdoor signage, we combined thee two ads to gear to a wider audience. For the billboard, we only utilized one photo to put more emphasis on the headline. 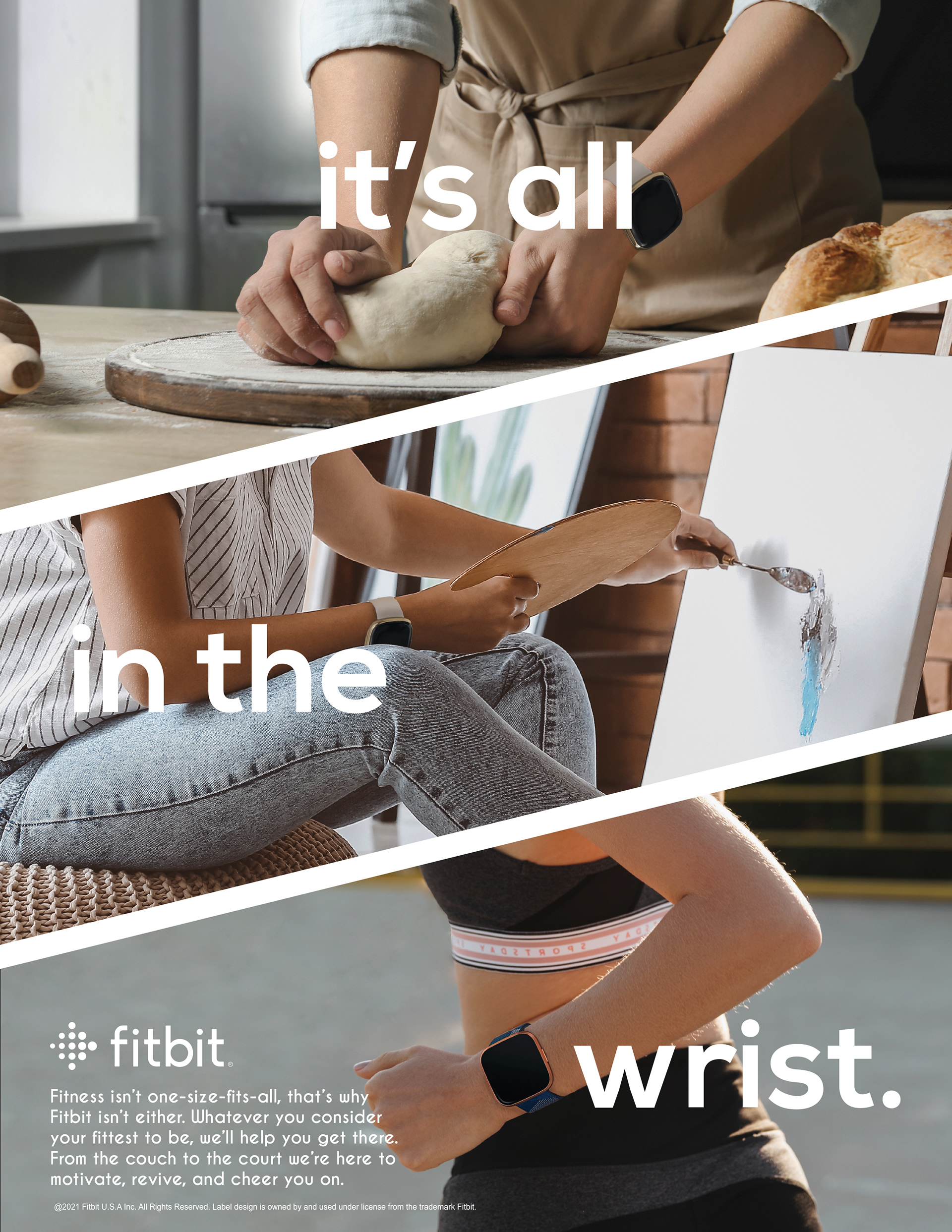 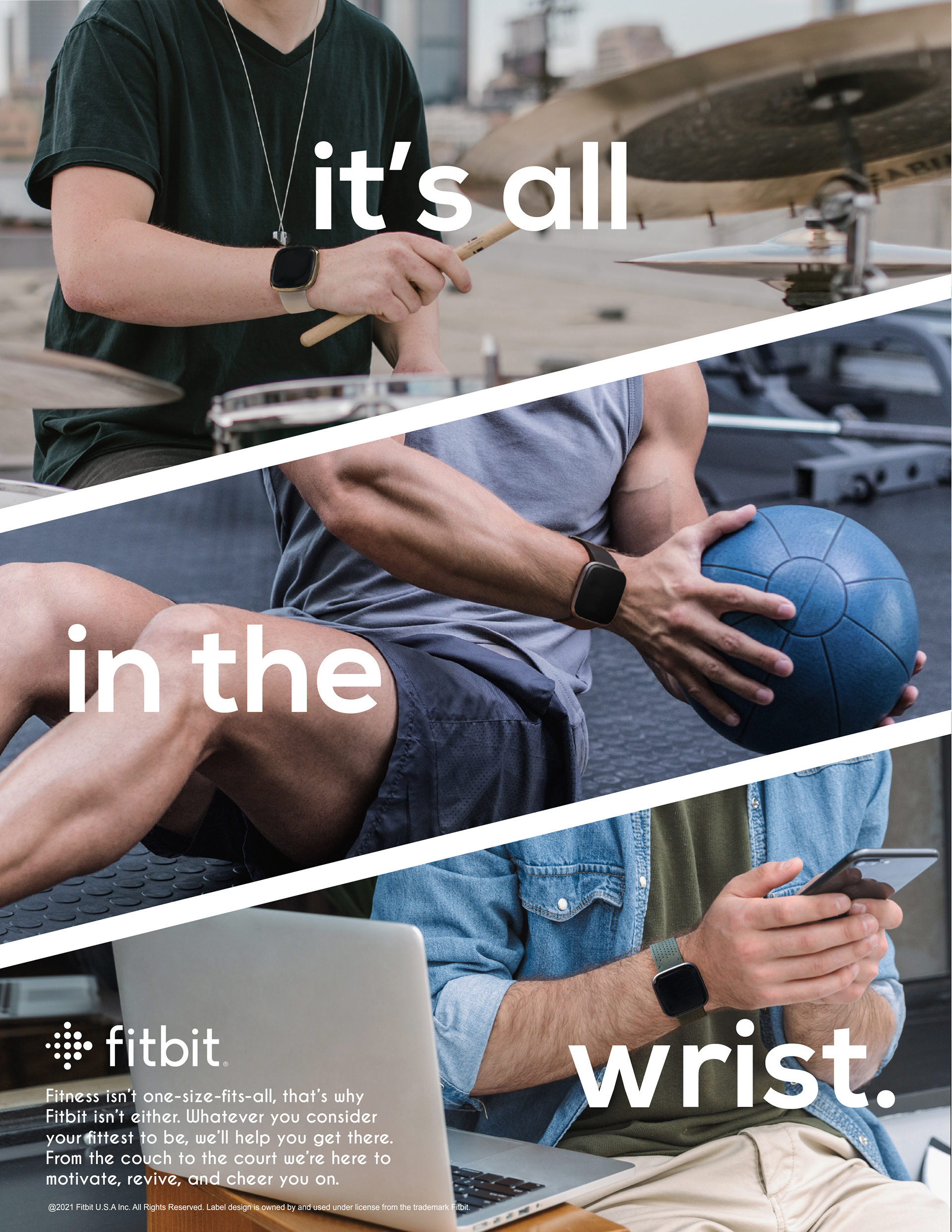 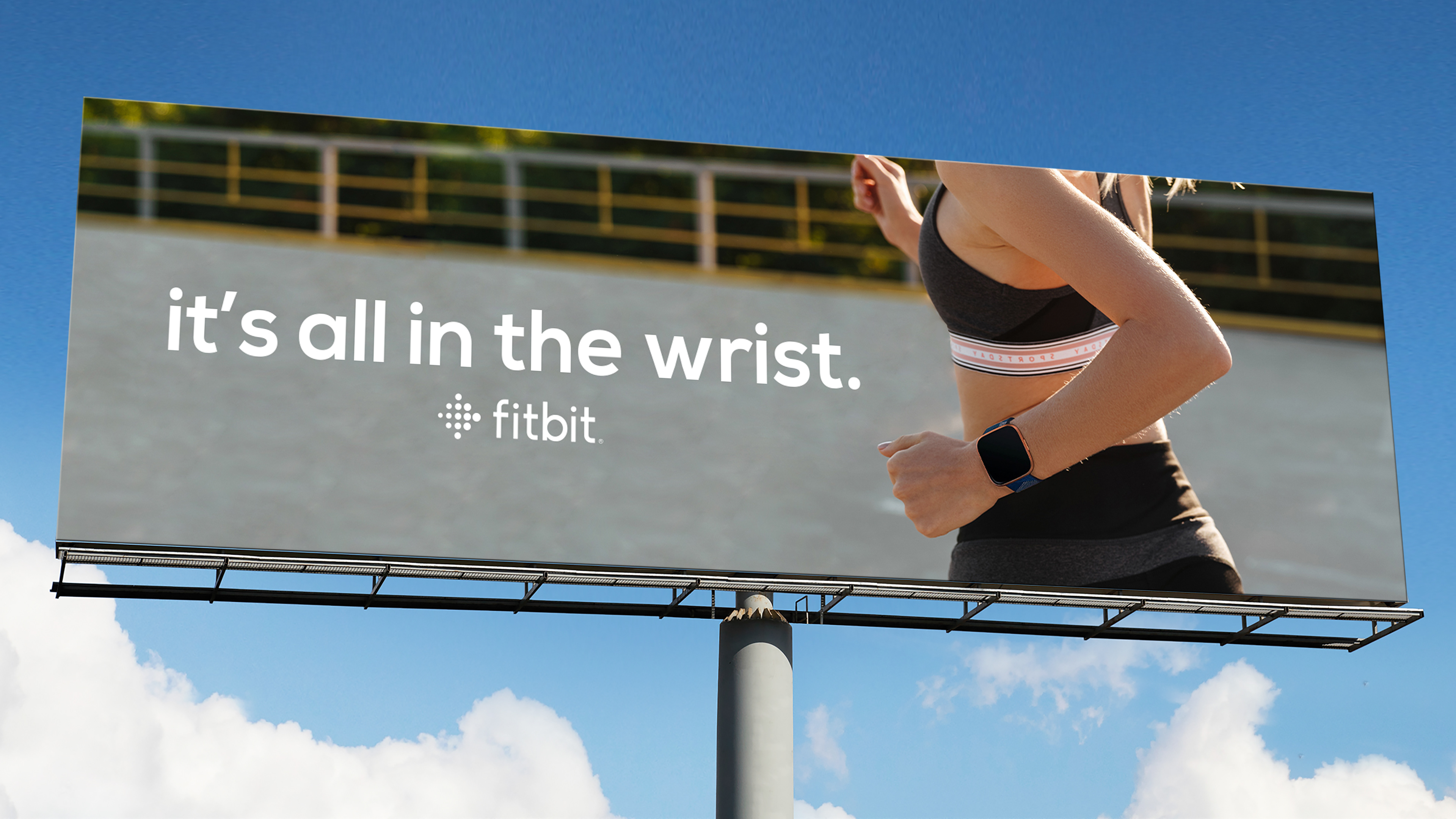 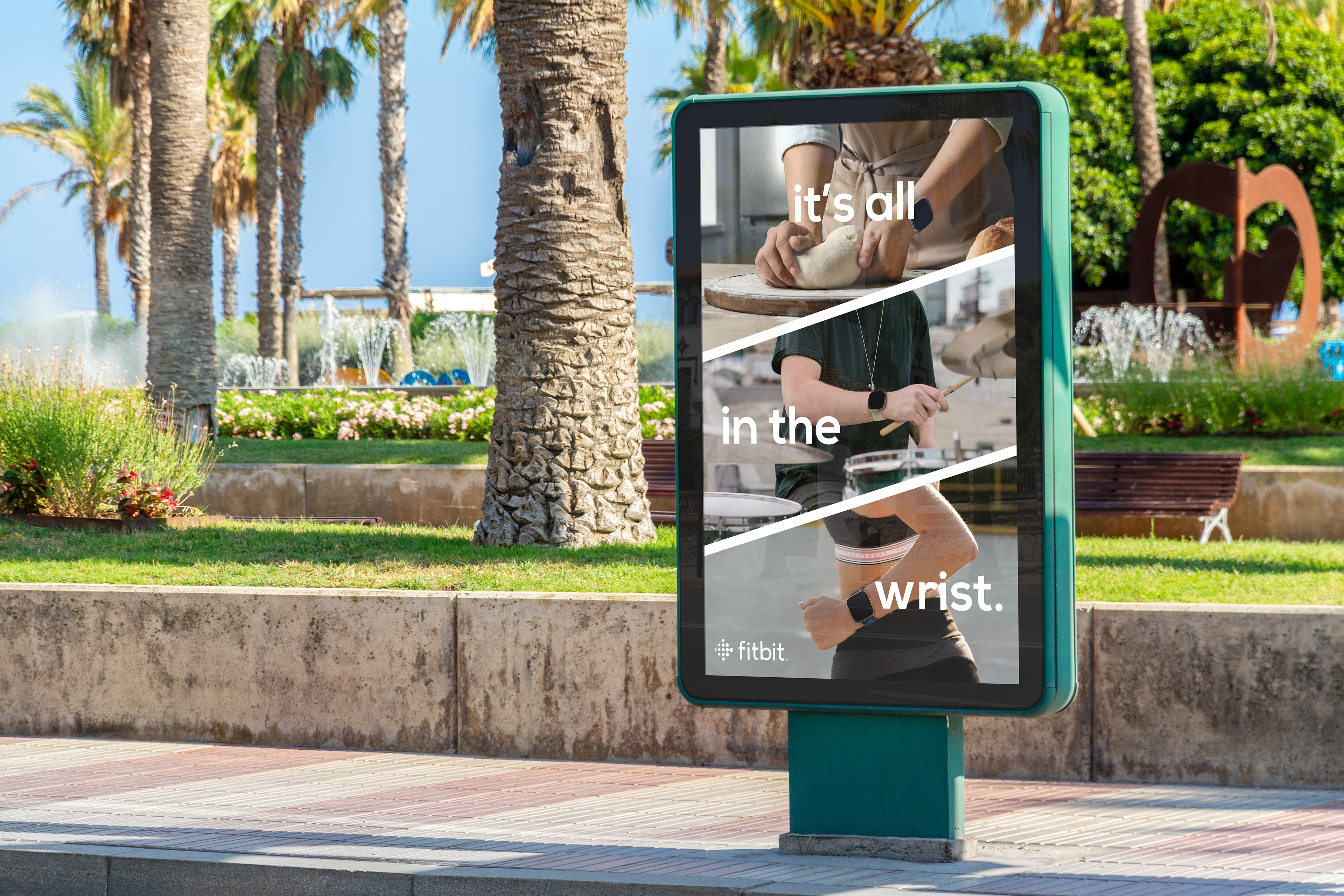 In contribution to our ads, we created a social media campaign with a nine post spread. Each post puts emphasis on being your best self in any lifestyle. All the post play of the teal color scheme of the Fitbit brands. The photos all have images that are focused on showing of the band on the models wrist and they have been paired with some more headlines that complement "it's all in the wrist."
The last part to our campaign is a 30-second commercial for TV. The commercial begins with someone turning a TV that zooms in to show our headline. It then switches to a man running and zooms into the watch. The screen splits to show someone kneading bread. The screen then splits to show someone playing the drums and then zooms into the watch for the viewer to read "it's all in the wrist."

OLLY Ad Campaign
↑Back to Top